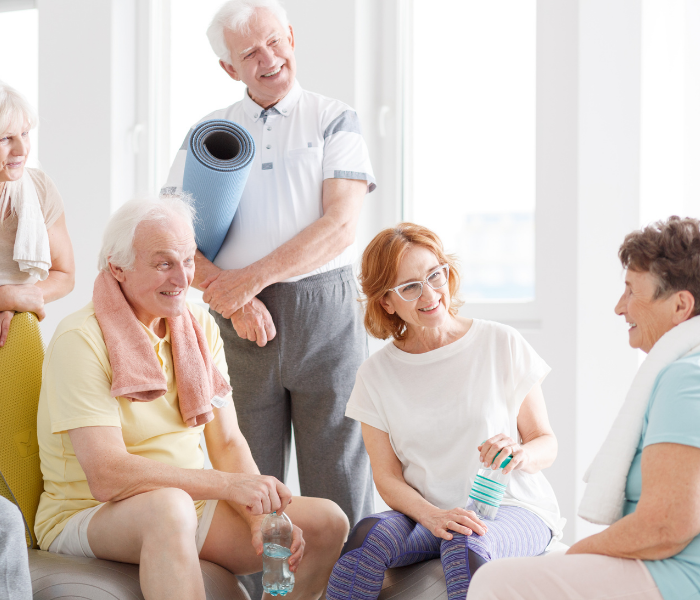 Ever Considered Coliving in Your Third Age?

For our generation, your own house, shared with your immediate family, has been the norm for how we live.  And, as we get older, aging in place in your own home, is often much preferred over moving into retirement facilities.  However, society is changing and more and more people are choosing to live in coliving communities.  There are many benefits of such communities.

So what exactly is coliving?  I have seen it described many ways but broadly it is where people live in a community, often united around common interests.  While it is most common for young professionals, artists, travellers and those wanting to have a positive environmental impact by sharing resources, costs and reducing waste, it is now also something older people are creating.

Whether it be a multigenerational community like Marmalade Lane in the UK, a community purpose built by, and for, three couples near Taree in Australia, a group of Chinese friends, or one of the first of its kind in Denmark, such communities can look very different depending on their purpose, vision and designers.  There are so many examples but let’s look at these four in more detail:

This coliving community has been built quite creatively in a busy urban area.  Homes range from four-bedroom houses to one-bedroom apartments.  As is common with all coliving communities there is a central “common house” providing a focal point where the community can eat together and socialise.  Other facilities that are communal include laundry, gym, meeting rooms and a garden.  The community is managed by its residents using consensus-based decision-making and it has won awards for innovative housing in the UK.  This community was designed to be intergenerational as all ages live here.  Read or watch more…..

Three couples have found a unique way of dealing with some of the issues of creating a space that works as they age and avoids the loneliness you might feel in a hostel or retirement village.  They’ve custom built a home for all six of them to live in through their retirement. Their ages range from 63 to 70 and they have all recently left busy lives in Sydney.  Each couple has a separate suite with a bedroom, bathroom, study and deck.  They also have a large shared space for the kitchen, dining and lounge room.  There ais also a spare room should, in the future, they need live in nursing care for example.  It is well worth your time to listen to the couples discuss the design process and how they live together successfully in this podcast….

A different example is what seven women have done in China.  They decided to build a house that they would retire in in the future.  These women are now in their 30s and have been best friends since they started working together several years ago.  Once they retire and their children grow up and move out, their goal is to move into this house and enjoy growing old together. For now, it appears to be their joint holiday home.  We will have to wait and watch to see if it happens but there is a video below as the design of the house is quite lovely for communal living balanced with private spaces  (albeit all the stairs might be hard as they age).

This community started 46 years ago and is recognised as being one of the first coliving/cohousing communities in the world.  Groups in Denmark and the U.S. are choosing to live in intentionally intergenerational communities, which strengthen social ties between seniors and younger people who are balancing work and family.  People living in them say the model fosters an interdependent environment and helps everyone feel more comfortable with the process of getting older.

Currently seventy-one people live in twenty-eight houses and share all major resources.  Ownership is set up like a condominium structure in other countries.  Hear what some of the long-term residents have to say about their community…..

Overall, there are many benefits of community living such as support, avoiding loneliness, decreasing costs and being better able to balance alone and together time.  Sure, there are things to manage like the image of living in a community as opposed to a single house (see article below for more on this), and getting on with everyone in the community.  But it may well be worth considering as an alternative in the future.

https://www.youtube.com/watch?v=Q75AlBMBQGo – Growing Old Together (a US example)