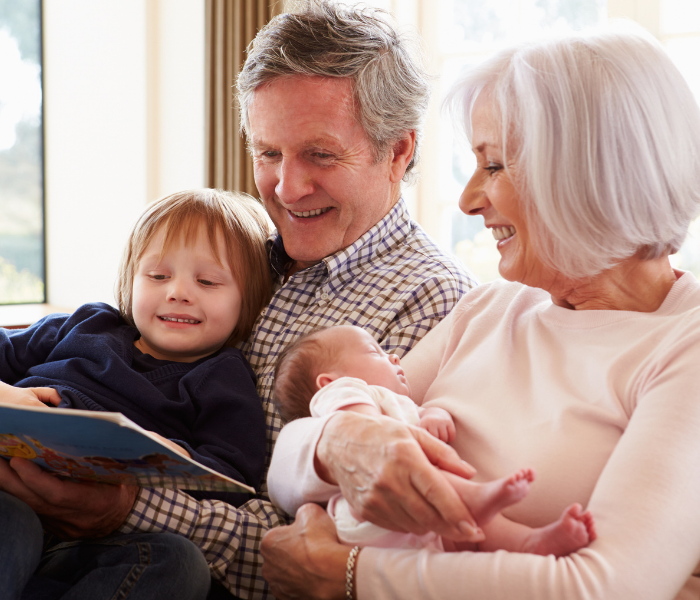 Is Grandparenting all it’s Cracked up to Be?

Grandparents Day has been celebrated in the US since the 1970’s.  Initiated by West Virginian, Marian McQuade, its goal was to be a family day.  McQuade herself had 43 grandchildren and 15 great-grandchildren!  In 1979, President Jimmy Carter proclaimed it be recognised nationwide.  In that proclamation he said that:

‘Grandparents are our continuing tie to the near-past, to the events and beliefs and experiences that so strongly affect our lives and the world around us. Whether they are our own or surrogate grandparents who fill some of the gaps in our mobile society, our senior generation also provides our society a link to our national heritage and traditions.

We all know grandparents whose values transcend passing fads and pressures, and who possess the wisdom of distilled pain and joy. Because they are usually free to love, guide and befriend the young without having to take daily responsibility for them, they can often reach out past pride and fear of failure and close the space between generations.’

In the US, Grandparents Day falls on the first Sunday after Labour Day, this year it was Sept 12th.  However, many other countries celebrate it in October including Australia, New Zealand, Hong Kong, Italy, Russia, Pakistan and the UK.

The aim of Grandparents Day, as stated in the introduction to the US statute is “to honour grandparents, to give grandparents an opportunity to show love for their children’s children, and to help children become aware of the strength, information, and guidance older people can offer.”

On a societal level, Grandparents Day gives us a chance to publicly reaffirm the importance of grandparents and their vital role in families.  It is also a day where we can bring the generations closer and celebrate the value of intergenerational relationships.

In writing this article, I reached out to some of the active, engaged and involved grandparents I know and asked them what they liked most about being a grandparent.  I loved their answers and have listed a subset of them here:

Perhaps take an extra moment this Grandparents Day to appreciate all the joy and wisdom that grandparents bring to our lives.  And, if you are a grandparent, recognise the value you bring to the wider family.

(A big thank you to David, Sue, Merryl, Shannon, Mal & Pat – all amazing grandparents, who have contributed to this article.)