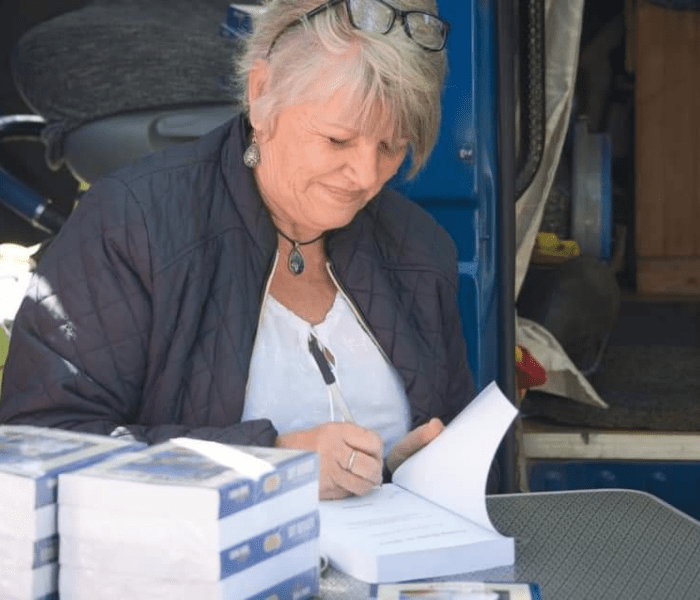 It's Never Too Late!

This week our guest blog is from Dot, who made big changes in her life, did a major road trip and has recently published a book about that adventure.  The title says it all – it is NEVER too late!

Before I was invited to write a piece for this blog, I had not considered that I was in the ‘Third Age’.  It came as a bit of a surprise and I wondered what I had done with the other two.  Nevertheless, I am delighted to be here to tell you how much I am enjoying this rich time of my life, however, things were looking quite different a few short years ago.

In 2016, at the age of fifty-eight, I finally came to realise that something had to change: that if I continued along my current path I was going to self-destruct.  I felt my life was a dead end.  I had been sleepwalking through an unhappy marriage for twenty-two years and simply could not continue.  Why should I carry on in pain? I asked myself.

The answer was a resounding STOP NOW!  Reclaim the rest of your life and find some manner of happiness!  So that is what I did.  I left with only a few cherished personal possessions and set out to start anew.

I had no idea what I was going to do.  I had no money; no place to go. Although I had been self-employed for many years as a business coach, I knew I was competing with an increasingly younger market and had to pivot.  I had lived in six countries on two continents, and now I had no fixed abode.  However, after spending most of my life as a ‘foreigner’, I had a burning urge to return to the country of my birth: Zimbabwe.  I had been away for thirty-eight years, but felt I had more to contribute there than I did in Europe.  So that’s what I would do.  I would go home, to Africa.

While I was pondering the decision, I had a crazy idea.  What if I actually drove home—from Europe all the way to Zimbabwe? I had motor-homed across North America and Europe, so I could surely tackle Africa. After all, millions of Africans did it on a daily basis!

My first step was to purchase a reliable vehicle that I could turn into my home-on-wheels, but my budget didn’t stretch to a 4×4 and I ended up with a twenty-year-old 2WD Ford Transit.  I converted it into a camper with an imperfect carpentry job, and after over two years of planning, four days before my 60th birthday I took a ferry from Barcelona to Morocco to begin my epic journey home.

Spurred on by the support of those who thought I had lost my mind to some menopausal episode but nevertheless believed in me, as well as the disapproval of many others, I became focused and determined.  I realised early on that the only way I would make it through this venture was to ‘eat the elephant’—something I would never do, but an appropriate metaphor for the monumental challenge that lay ahead of me—because the only way to eat an elephant is, of course, one bite at a time.  I confess I was not nearly as prepared as I might have been: I had no practical experience of North or West Africa; but I was African, and that counted for something.

With this attitude and no small help from the universe, I conquered all manner of terrains in my trusty Transit (whom I named BlueBelle for her gentian colour).  I encountered insane borders and corrupt checkpoints, stunning landscapes and unbelievable heat, generous hospitality, roadside assistance from local samaritans and warm, friendly greetings from old and young alike, as well as several marriage proposals.  And after nearly nine months on the road and 20,000km through eighteen African countries, in August 2019 I arrived home.

Since then I have fallen back in love with my life and consider myself blessed in so many ways.  I am working with the local community on several projects to bring sustained economic benefits and I promote girls’ education through my non-profit, Kusasa.  And the book of my amazing journey, Going Home to Africa, is selling well.

I am renewed and my life is worthwhile.  It is NEVER too late to make that change, no matter how impossible it may seem 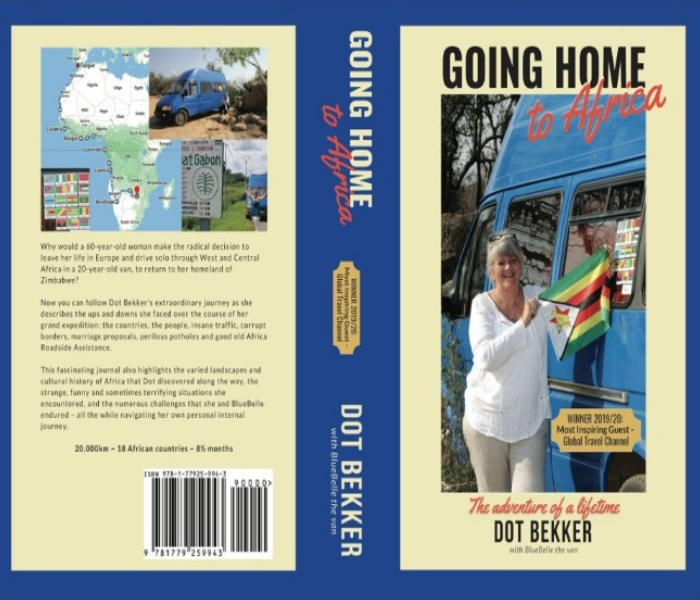 If you are interested in reading Dot’s book you can purchase it on Amazon.

https://kusasa.africa/about-us/ – the scholarship programme for girls Dot has set up