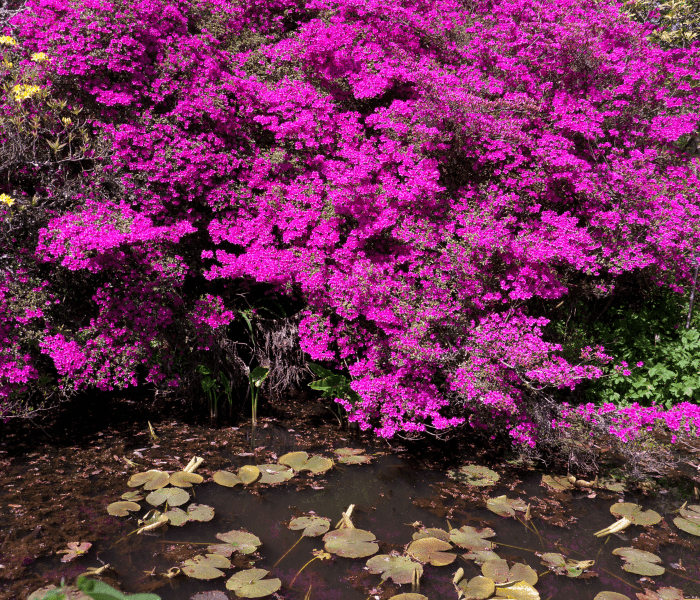 Stories of the Chelsea Flower Show

This week our guest blog is by Derek, an avid gardener and visitor to the Chelsea Flower show.  As, due to travel restrictions, he cannot get there in person this year, he has visited virtually and shares some of what he found.

Thanks to my father I inherited a lifelong love of gardening and over the years have more and more come to wonder at the majesty of nature.

As popularity of gardens grew, TV gardening programmes took to the air in the UK as far back as 1936 and was hosted by a Cecil Middleton……. in black and white of course.  My earliest TV recollection was that of Percy Thrower who began presenting his Gardeners World in 1968 and in colour!!!

The Chelsea Flower Show came into being in 1913 as a result of growing public interest in horticulture. Since then it been held every year except during the war years and of course what will be known as the Year of the Covid in 2020!  Traditionally, the Chelsea Flower Show heralds’ early summer and normally precedes the other Great British events of Wimbledon and The Open.  However, this year the Show will be held in September due of course to the pandemic.

In advance of this, the Royal Horticultural Society has released on their website a few previews for themed design gardens which will ‘show’ in September.  To date, I have watched some of these and I have to say it really whetted the palate for September.  The creativity of all the designers shines through as their imagination blends body and soul with the Good Lord’s wonderful gift of nature.

The first of these was delivered by Sarah Eberie who took us to Dartmoor and to her personal haven for healing and tranquillity.  This was her interpretation of Psalm 23, the Lord is my Shepherd, sponsored by the Bible Society.   The undulating scenery is simply majestic, and she eulogises on the depth of the emotional benefits she has derived over her life from her outdoor sanctuary.  Her Chelsea garden goes a long way to reflecting and sharing these therapeutic thoughts and her clear deep appreciation of gardens. She talks passionately about the restorative benefits to mental health which is very much the theme of this year’s Chelsea.  This follows the arduous months of lockdown where we have seen an upsurge in gardening interest from all ages.

The second preview garden focusses on the blind and guide dogs. This year is the 90th anniversary since the first dog was given the task of being the eyes of its owner. Originally, they came into being to relieve some of the despair of blindness of soldiers from the First World War.  At the entrance to the garden, there is a poignant carving of a soldier forlornly holding his head in his hands in sheer despondency.  It captures the futility of war and as a result some of the broken souls due to physical and mental impairment.   The path continues to the top of a mound where there is another statue of an upright man being led by a guide dog as if there has been a renaissance of the soul by the dog and their relationship.   I found it very humbling but an amazing bonding journey with man’s best friend.

The third garden celebrates the 200th birthday of Florence Nightingale and the timing seems apt to pay homage to her and all nurses around the world.  Their efforts in showing the Nightingale dedication over the past 18 months have been nothing short of astounding with sacrifices abounding from all.  She promoted the idea of having ground to ceiling glass so that patients could enjoy and absorb the psychological benefits of the gardens beyond their ward.  Florence was also an advocate of the healing power and mental uplift of green space and flowers which is reflected in the garden’s design. How true!

Over the years Chelsea has also been responsible for showcasing designs of other countries.  This year at least two are included, one from Bangkok, Thailand and one from Guangzhou, China.

The Thai garden focusses on seeking calming peace of mind through small spaces and surrounding plants.  China takes a different approach and highlights how water is the kidney of the environment, a more thoughtful insight into how nature cleanses the environment and the inter relationship of all things natural.

The holistic glories of gardening are to be cherished, nurtured and enjoyed by one and all.  Chelsea is a trip of a lifetime and never fails to impress even the most experienced of gardeners.  It truly is the Greatest Flower Show on earth!